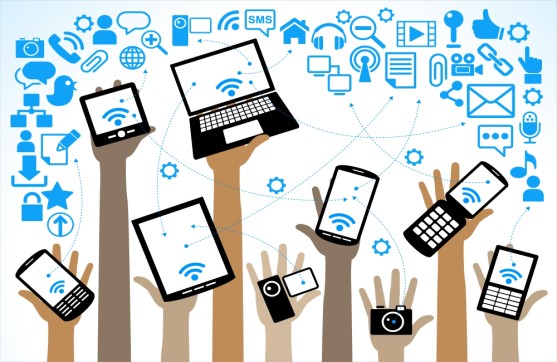 Last weekend I organized a spiritual retreat for my youth group here in Hong Kong. As you can imagine, unplugging was an important part of the retreat: once we were all settled in our retreat center I gathered the group together and introduced the idea of a device-free weekend. All of us had to surrender our phones – a.k.a. physically lock the phones in a box – until the end of the retreat the next morning.

At around 10PM, we all came back to our cabins, panting and exhausted by the long night hike that we did that evening. Before going back to my room, I had a little stroll at the retreat center to make sure everyone was going to bed quietly. When I went back to my cabin – which I was sharing with 5 boys – I found them all huddled on the couch watching TV. I immediately told them that they broke the rule of the weekend, which was supposed to be a device-free retreat. Jacob – a clever and facetious boy – looked at me and answered back: “But Anto, the TV doesn’t count, it’s not a device!”

I was caught off guard.

I always thought I knew exactly what a device was, but Jacob’s instinctive answer made clear that I was not so sure about it. So I made a mental note, and as soon as I came back home I started to reflect on what exactly a device is.

As we all do when we have questions, I started my little quest by Googling “technological device”. The results were more complicated than I anticipated. It seems that there is no clear definition of what a technological device is. I went through a lot of technical definitions that used words like hardware, wire, input, output, processor, but there wasn’t much to help me to make the distinction between an iPhone and a TV screen. Wikipedia doesn’t even have a page for technological devices!

Not satisfied with my research, I remembered an old French saying “a good sketch is worth more than a long speech” and decided to conduct a not-at-all-scientific experiment. I typed again “technological device,” but this time I opened Google images instead. I went through the top 300 Google images, and counted the number of times a TV screen would appear on an image. I found only 3 occurrences of a TV screen out of the 300 pictures that I analyzed, which tells us that only 1% of Google Images represent a TV when searching for the words “technological device”.

Jacob was right: TV is technically not a technological device.

I have not found clear evidence of why precisely the TV screen is not considered a technological device (I am still working on it and open to your ideas), but my instinct is that it has to do with individualism. The common factor of the 300 pictures of technological devices that I analyzed was their individualistic use. iPod, smartphone, smart watch, tablet, laptop; what all these devices have in common is that they are used by a single individual. And the irony of the situation is that we reached such a high level of individualistic use of our devices recently that even watching TV together – which let’s admit, is not the more social act ever – is now seen as a sociable experience.

When Jacob told me that the TV was not a device, I didn’t turn off the screen. I wanted to give him the benefit of the doubt, and I was also interested to see what would happen that night in our cabin. So I reluctantly accepted to watch Batman with the boys. And I hate to admit that it actually was a meaningful experience to watch TV all together. It was communal, in the sense that no one was left behind, but it was also indirectly informative. It appeared to me that for my group of 5 boys, the movie played the role of a third-object for our conversations, a sort of facilitator. We shared comments about the creepiness of Bane – one of Batman’s villains – and how Batman’s activities were completely unrealistic. And as the movie went on the conversation was less about the movie and more about ourselves: Have you watched all the Batman movies? Who is your favorite character? Do you usually go to the theater with your family? etc. In other words, what the boys ultimately wanted that night was less to watch a Batman movie than to have conversations. And the TV worked as the permissionary for discussions.

Sherry Turkle – the famous MIT professor – introduced us in 2005 to the idea of being “alone together,” which basically happens when we are in the same room but on different devices. But what I discovered last weekend is that a TV screen can actually enhance social interactions through a common experience. And it might not be the “ideal” common experience to watch a Batman movie, but I think it is a good first step.